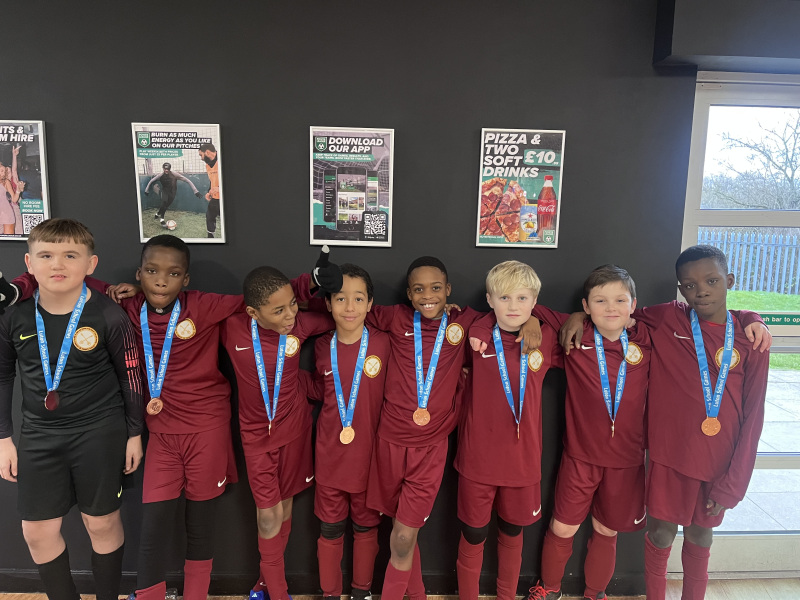 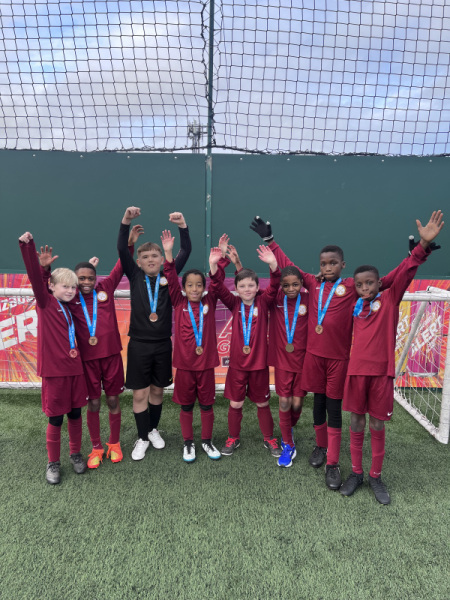 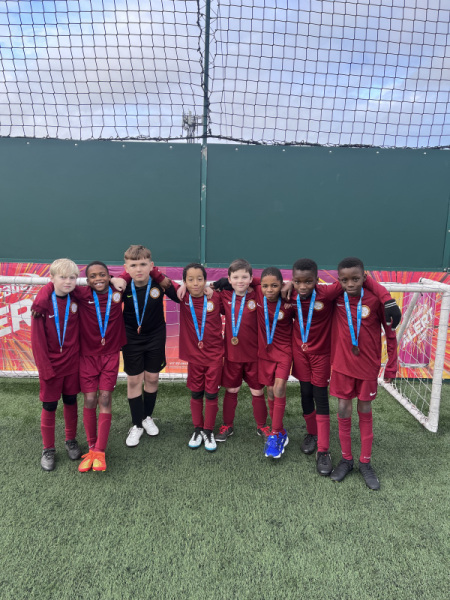 [Show thumbnails]
Our superstar year 5/6 boys managed to come 3rd out of 60 schools in the County cup event this January. We are so proud of them. They were a real credit to the school and to themselves and narrowly missed out on winning the whole competition which would have seen them in with a chance of playing at Wembley.
They scored more goals than any other team and had the best goal difference which just shows what a strong defence/ GK and brilliant attack we had. Well done team!

Year 6 had a speaker visit, Mr. Tim Smith, them from New Territory to speak to them all about electric and driverless cars. Mr. Smith has written an article about the children’s ideas that can be viewed on the link below. Read below for a child’s viewpoint on the visit.

Yesterday, we had a visit from a man called Tim who works for New Territory. He was explaining to us about his career and what his company is planning to do. His company is planning on making driverless cars that are fully electric. Nobody would own these cars but they’d be a bit like Ubers or buses.

I found the lesson quite interesting. I liked hearing about the future and what it might be like if everything goes to plan. The best part was that we got to design our own driverless cars. I think that it’s really cool how the car can change colour and how the seats can charge.

The only issue I see with this idea is that if you need to travel long distance, there are no compartments for luggage. But overall, I think this idea is great because it is much better for the environment as there will be less pollution and more people car sharing. There might be also be less accidents as most as caused by human activity.

The Year 5 & 6 girls had a great afternoon competing in a football cup match against Houghton Regis. Despite losing, they all gave their best and did the school proud in what was their very first match. A big thank you to Mrs Burman for helping out with the team! 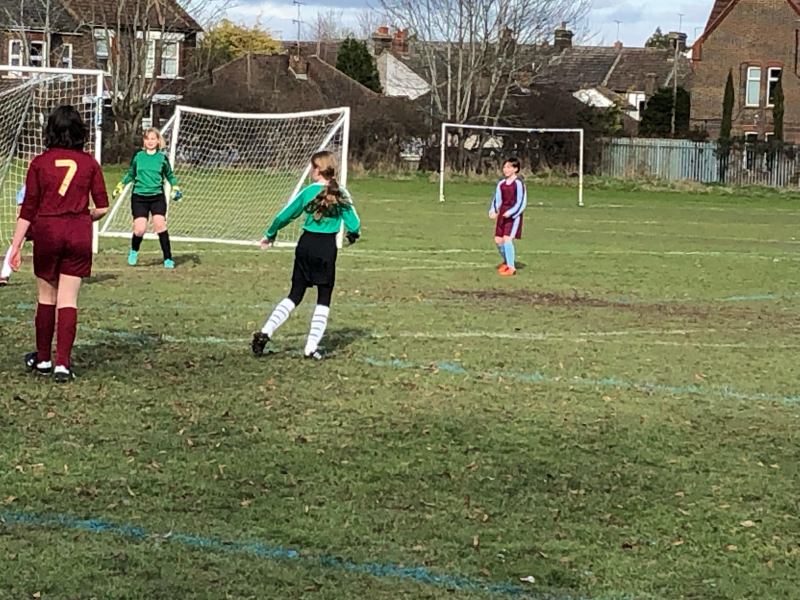 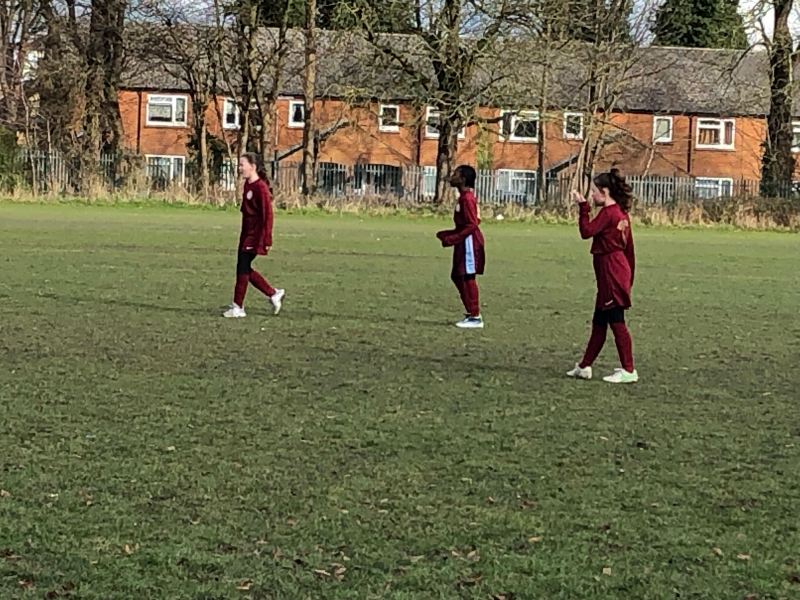 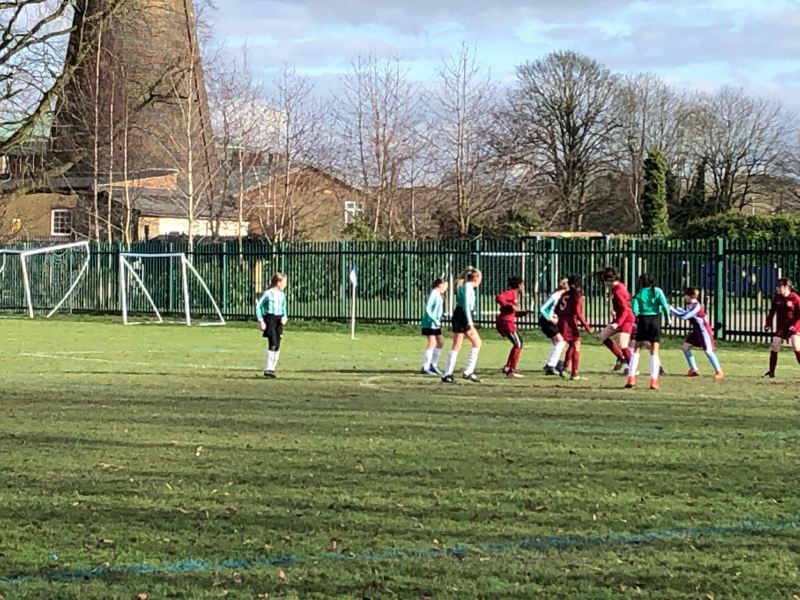 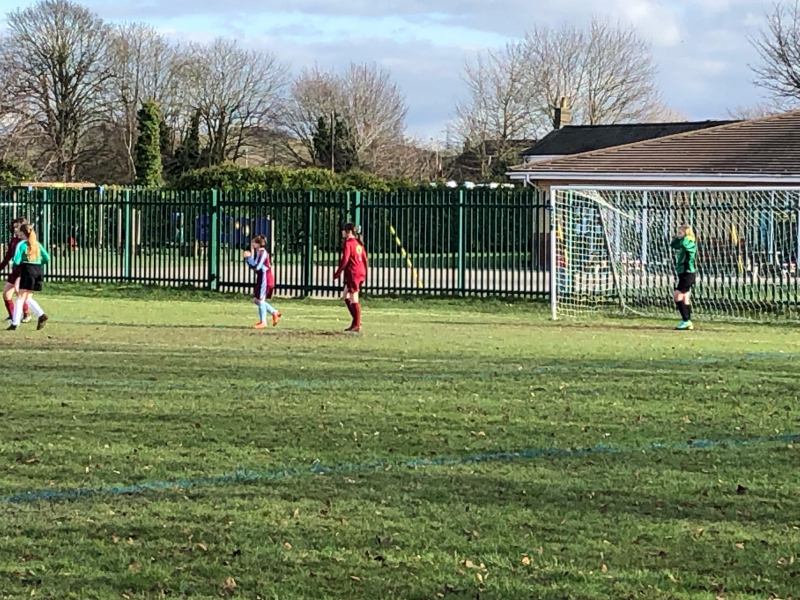 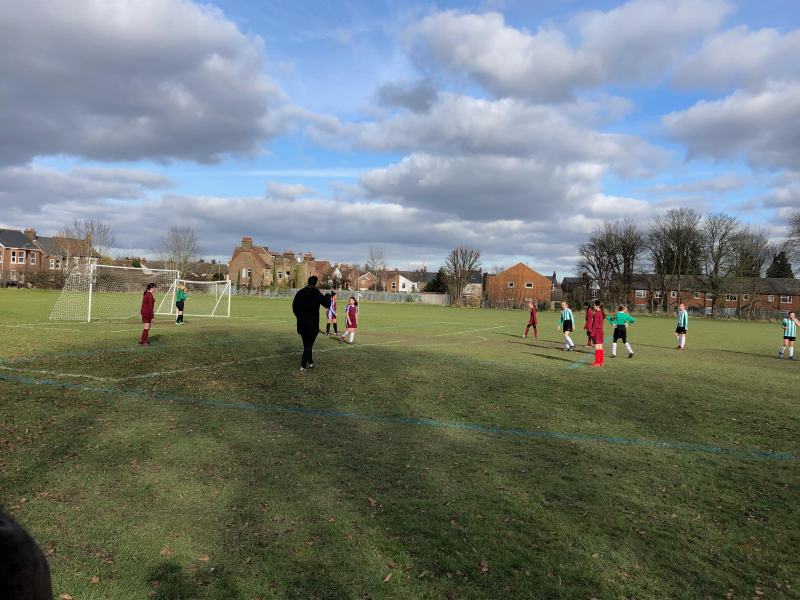 Both the year 3 & 4 boys and girls enjoyed action packed tournaments held at Ashton St. Peter’s. Both teams competed well and represented the school with honour. Goals were scored and new bonds between pupils were made.

It was a great opportunity to challenge themselves against some of the very best local competition around and the children did us proud. 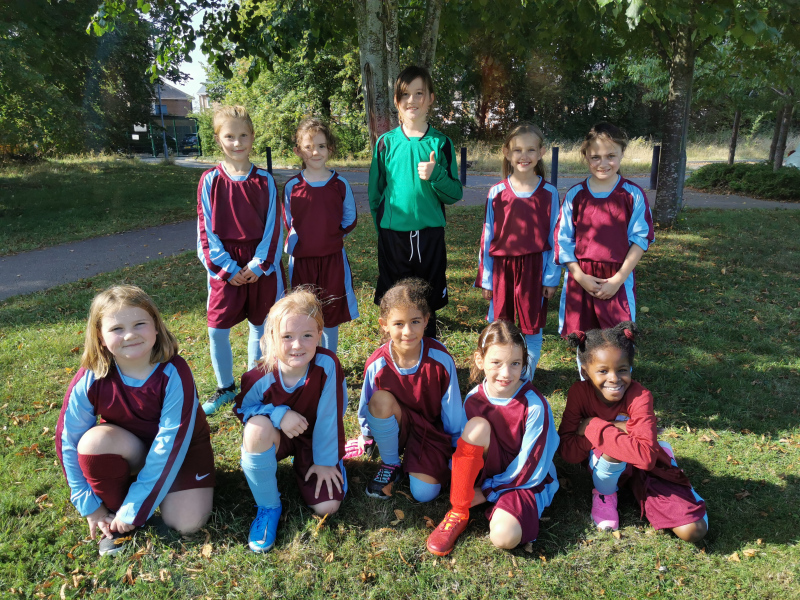 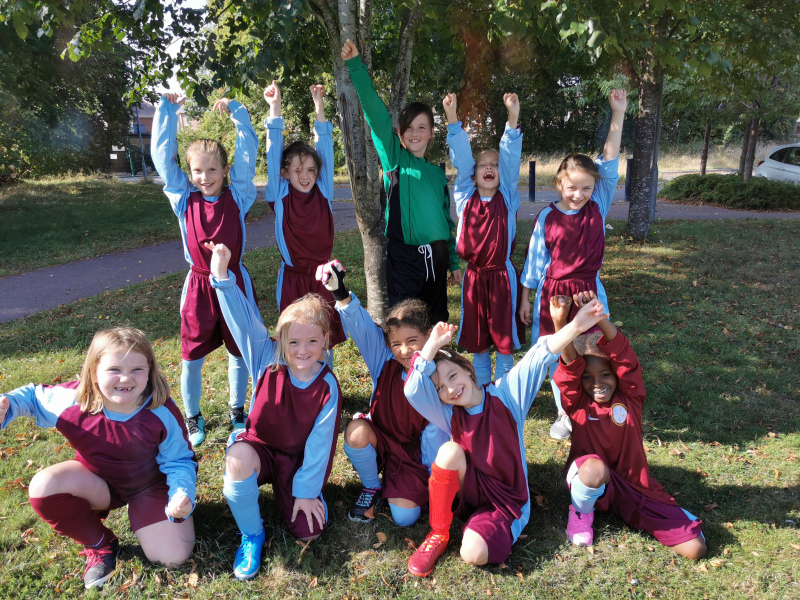 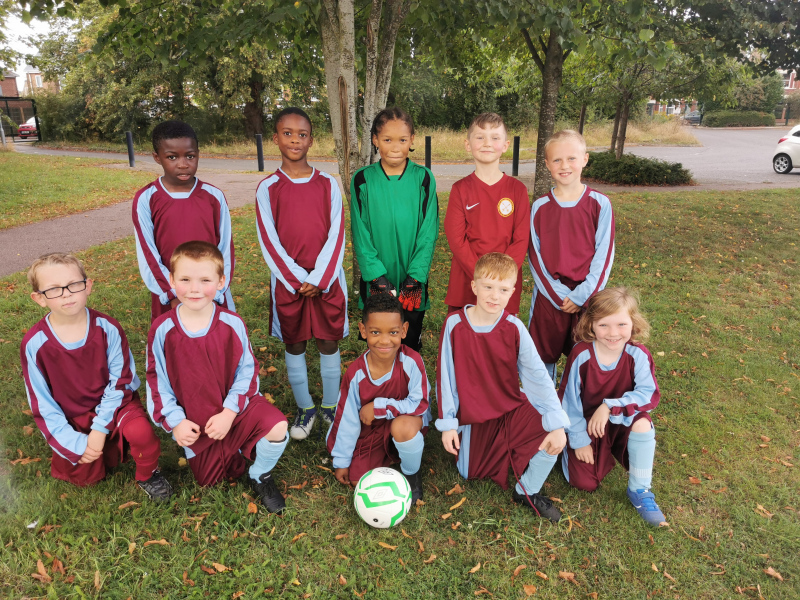 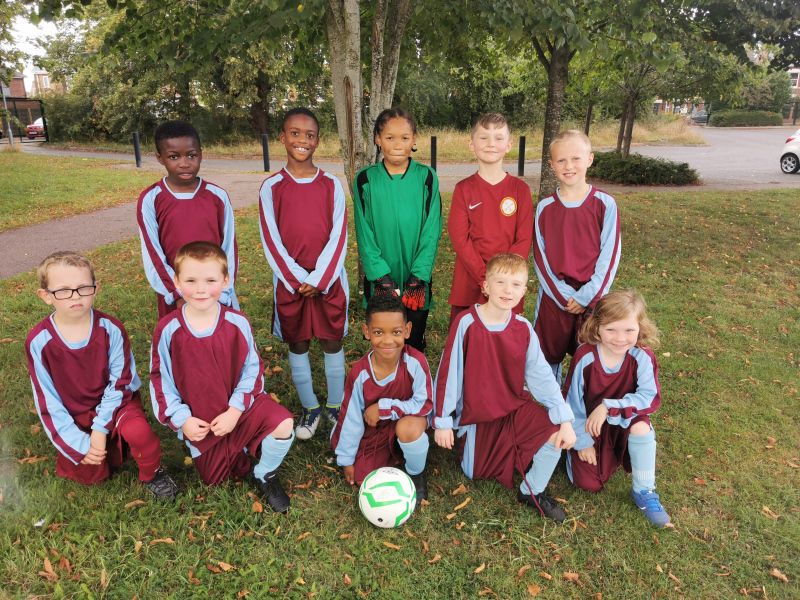 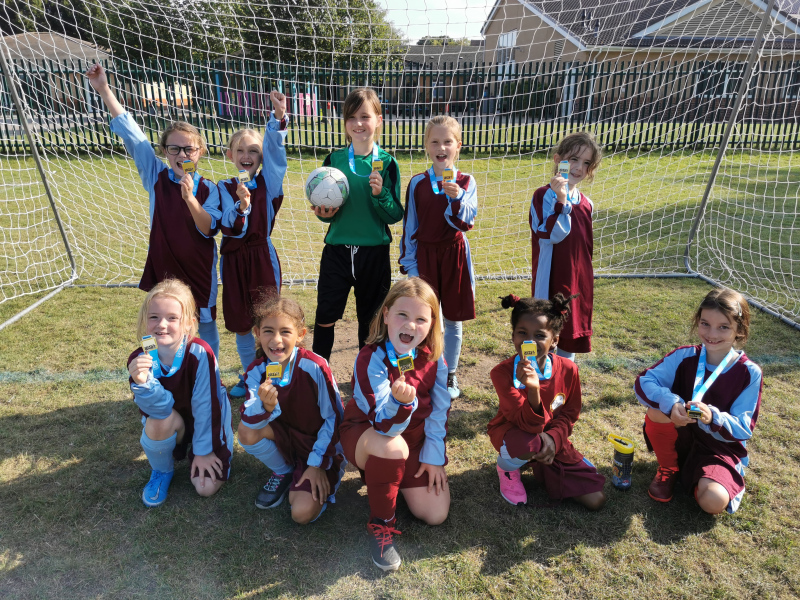 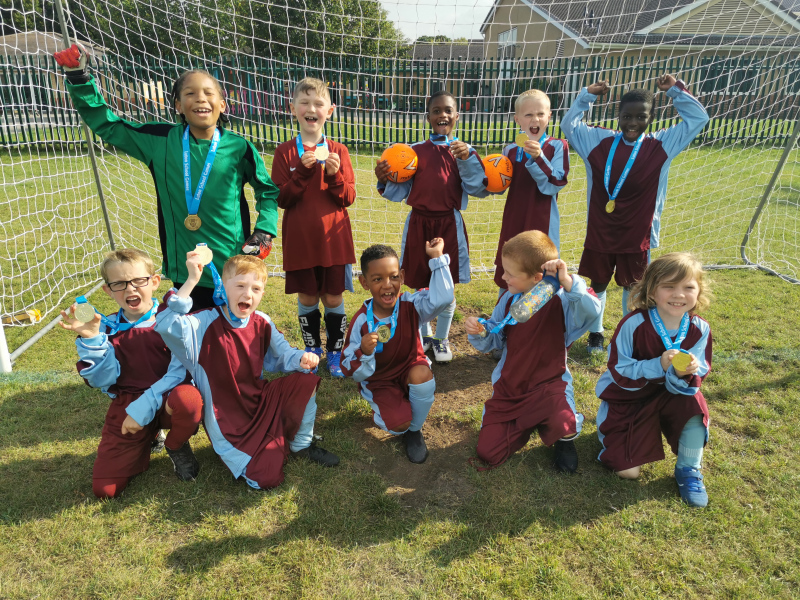 The boys played their third league game this week against a strong Beecroft Academy side. It was nice to see some of the boys already knew each other from their weekend teams. This was by far the boys toughest test to date and despite scoring 3 goals in the first half, the defence were not at the races and we conceded three sloppy goals. 3-3 at half time and we knew we had our work cut out. After a productive half time team chat, the team switched on in the second half and everyone turned it up a gear. The team went on to score 6 more goals winning the game 9-4 in a commanding second half performance to keep their 100% win record. Some excellent individual performances were on show and well done to Oliver who proved what a sturdy, reliable defender he is, earning him the man of the match. It is also worth mentioning some stand out performances by Adedapo and a wonder solo goal from Elisha!

This week the boys had another football match, at home, against St. Christophers. Another amazing first half performance saw Ashton St Peter’s in a commanding 5-0 lead. The second half proved to be much tougher and after 10 minutes we had conceded. This is where the true character shone through and the boys battled to score another 2 goals and finally win the game 7-1 again! What a fantastic start to the league the boys are having. They looked the real deal in the new school kit this time and are now playing as a real team. Well done to Joshua N who won ‘man of the match’ and scored some lovely goals.

The girls and boys football teams are now well and truly underway. After several weeks of training, both teams have
competed in league fixtures against other local schools. The girls have played two matches to date. The first game was against The Vale in which they lost a competitive game 3-0. Not bad for a first ever match! In their second game vs Ardley Hill, the girls stepped up to the larger 9 a-side pitch and learnt lots about positioning and tactics throughout the game. This was a fantastic match which remained 1-1 for the majority. Unfortunately, towards the end, the girls ran out of steam and conceded two late goals to result in a narrow 3-1 defeat. More games are lined up and I am confident they will continue to grow as a team and represent the school proudly.

The boys have only played one game to date. This also was against The Vale. Things were looking bleak as they turned up looking like a professional outfit with smart kits and all the gear. Still waiting for our new school kits to arrive, the boys were dressed in a mismatch of clothing and red bibs. Despite the writing looking like it was already on the wall, the boys played some superb football and grew as a unit throughout the game. Getting stronger and stronger as time ticked on, they managed a heroic 7-1 victory sparking great hope and optimism for the rest of the season. Again the boys have many more tough fixtures on the horizon but now sporting the new school kit, exciting times lay ahead for both teams. 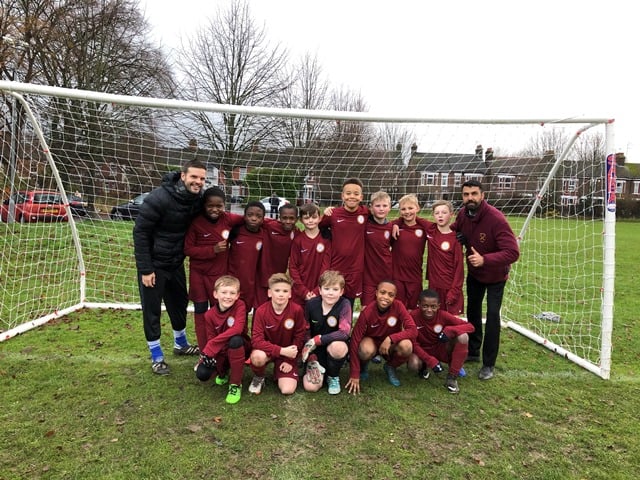